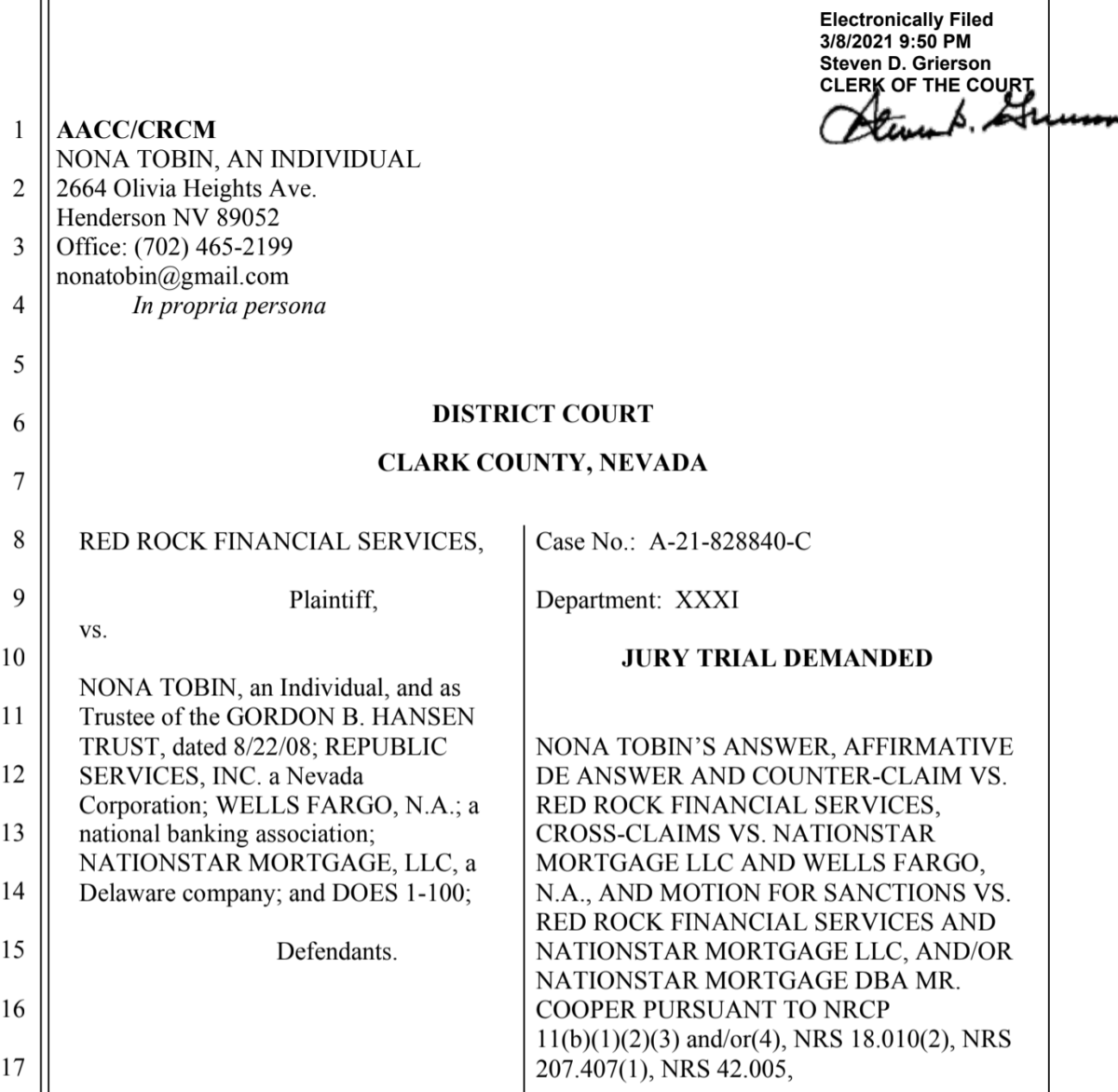 On 3/8/21 Nona Tobin filed an answer and counter-claim when Red Rock sued her over the money they stole from her in 2014. This blog contains the answer and links to the exhibits.

In connection with the foreclosure sale, the Association was paid the money it was owed, and RRFS was paid its fees and costs incurred in collecting the debt as allowed by contract and Nevada law.

After paying these costs, RRFS was left with funds of $57,282.32. RRFS has no further direct interest in such funds.

These funds have been deposited into counsel’s attorney-client trust account and $3,500 has been withheld as costs, expenses, and fees to commence this action.

The remainder of such funds will be deposited with the Court until such time and place as directed by this Court.