And what owners can do to make it that way

Taking a cue from Jim Mayfield’s article “Distinctions between Governance and Management” re-published below, here are a few action items.
In italics: how I see things are currently being done around here.

Jim Mayfield served six years as an independent voice on the SCA Board. His experience with fractured governance in the last couple of years had some interesting parallels to what I  suffered during my short tenure:

Jim’s comments in his article, published in the November issue of the Community Association Institute magazine is re-published here with his permission.   – Nona

“Two and a half years ago, the Board was offered a clear choice between two forms of governance.
One form was the legal model embedded in NRS 116 and approved by CAI.  This form is based upon a model in which all elected Board members are considered equals and participate in a transparent, collaborative relationship, and the President (CEO) is directed by the Board and speaks only for the Board.  It also establishes the major responsibility is to protect homeowner rights and to establish processes for oversight of management.  This is the model described in the above article that was published in November.
The second form is a dictatorship that empowers the President (CEO) to exercise dictatorial powers, makes decisions, imposes his/her decisions on the Board (the Board reports to the President).  This model sees its primary responsibility to represent and protect management from the homeowners.  The model also expands the ability of the President, Board, and GM to operate in secret meetings and to empower its attorneys to use legal process to accomplish its objectives and those of the GM.
SCA is now reaping the fruits of this decision.  I hope all persons thinking about running for the Board in 2018 will read the article and commit to the principles outline therein.” -Jim Mayfield (see Page 10 in link below.) 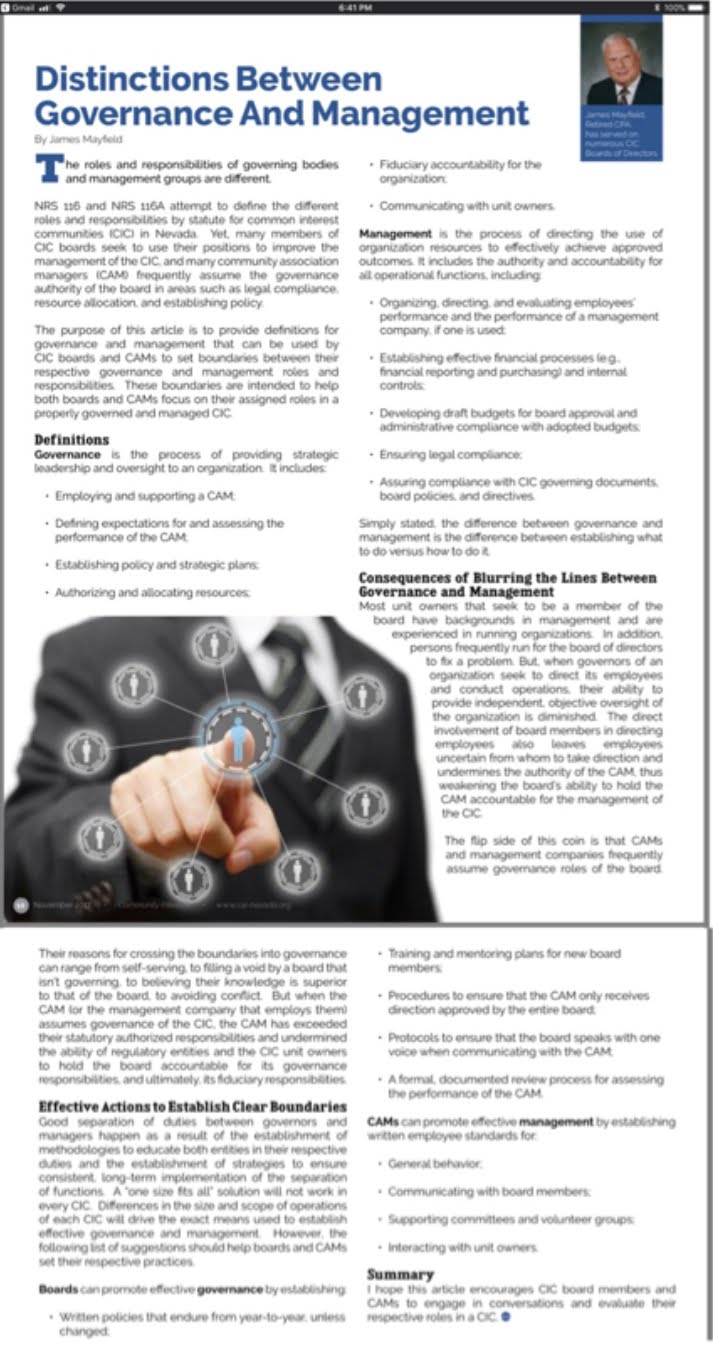 4 thoughts on “What kind of HOA do we want SCA to be?”