Removing a Director LEGALLY is really hard to do

Predictably, the removal election did not succeed despite over 1,200 unit owners voting to remove Rex Weddle, Aletta Waterhouse, and Tom Nissen from the SCA Board. I say it was predictable because the only lawful way to remove a director is to meet ALL the rigorous requirements defined in NRS 116.31036:

It was even more predictable because GM Sandy Seddon, Board President Rex Weddle, association attorney Adam Clarkson and their accomplice and lobbyist, David Berman, took unfair actions to interfere with the removal election process to protect the incumbents and to make unit owner pay for the legal removal election approximately $40,000-$50,000 unnecessarily.

Interestingly, I have been told that the Ombudsman and an investigator were present at the vote counting today. I understand they came to observe the final step in the removal election because there have been 42 complaints filed against SCA for such violations as:

is a thinly veiled way to disguise the FACT that

“In order to REMOVE a BOD member, 2,501 Yes votes were required”

The Board unlawfully ignored this FACT when they removed me without abiding by ANY provision of NRS 116.31036 and without ANY owners petitioning or voting to have me removed or recalled. 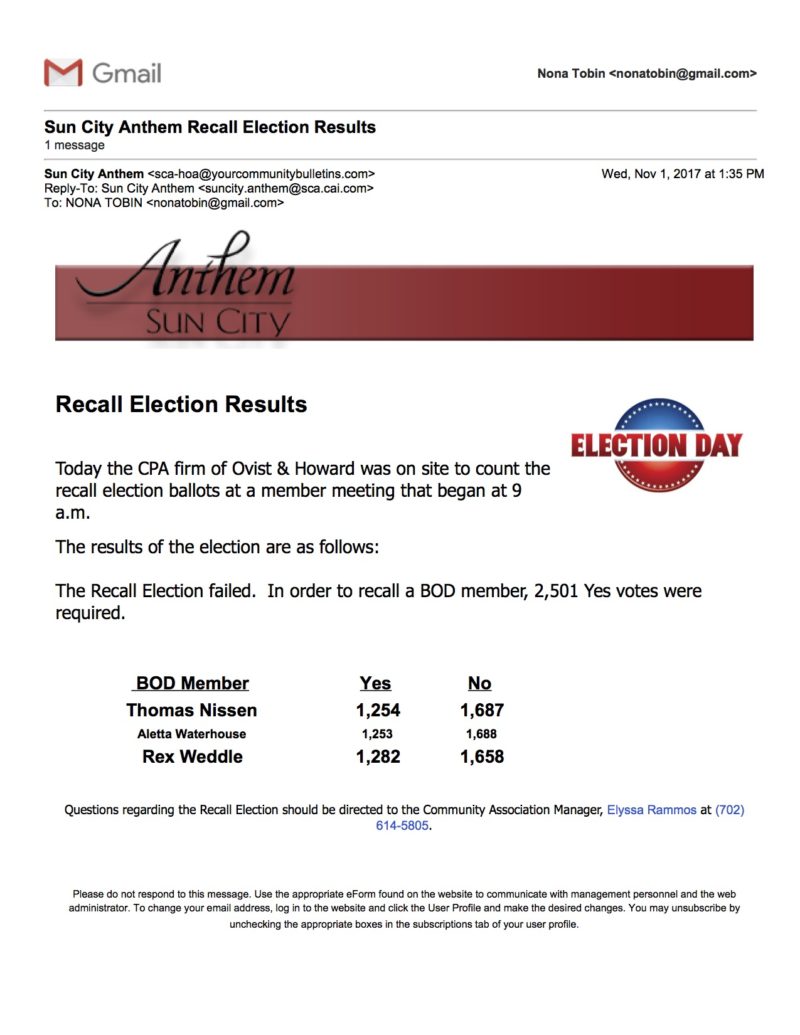 That’s a really fast announcement when you consider that the GM NEVER announced that there were petitions going around in June to remove four directors, or that there even was a removal election scheduled, or that there were 836 signatures calling for a vote of no confidence against her submitted in August with a long list of owner complaints about her performance as GM.

Keep those fun facts in mind when you hear very soon whether the Board has given her an excellent performance rating and a $20,000 bonus. Rex Weddle made the off-hand remark at the last Board meeting that they had discussed “GM performance” in executive session, but item 7A lists “GM Compensation” on the public executive session agenda. 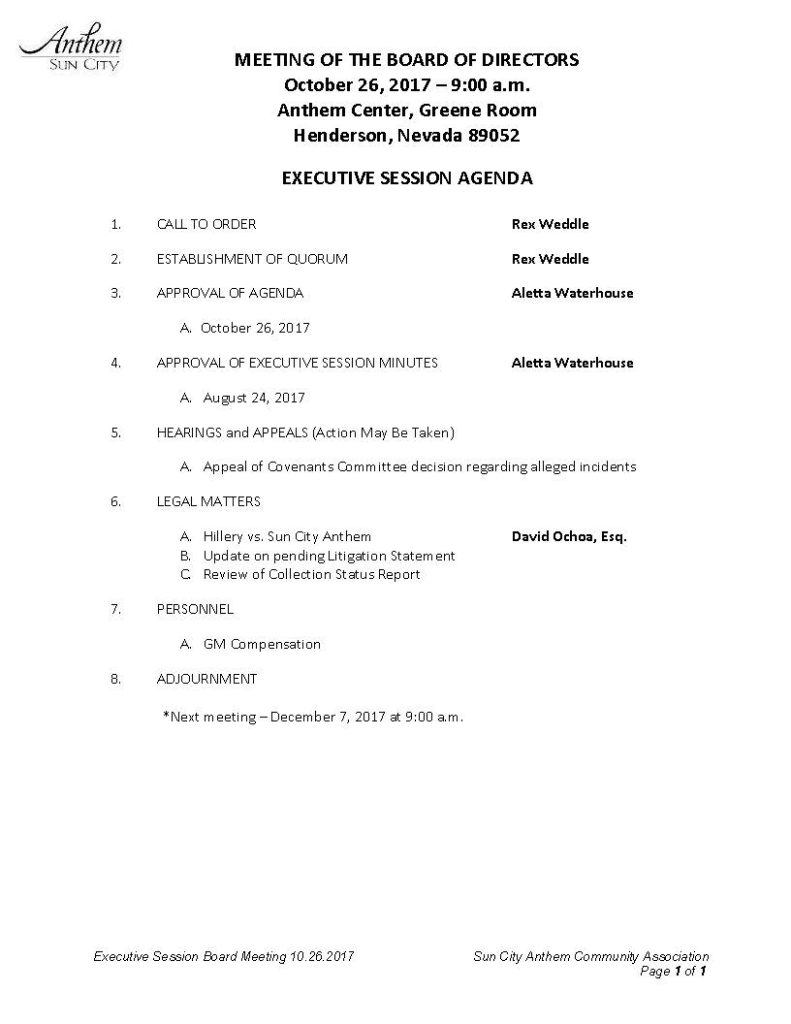