We are all more irrational than we think

I don’t know if anybody clicked on the links to psychological studies in my last blog about the 2/13 Election Committee’s hostile reaction to my appeal of my unfairly being excluded from the 2018 election process. But let’s assume nobody did.

Anyway, here’s the point.  These important psychological studies contributed to our understanding of how people conform to roles or how people tend to obey authority figures even if they hurt innocent people. This research contains valuable lessons that we all need to learn– but these are particularly important lessons for those in SCA power positions — if we are ever going to heal our community divide.

Why am I talking about this?

My goal is to encourage people in our community to re-frame the way we approach conflict resolution. None of us can be trusted to be completely objective and completely rational 100% of the time so we need to have a fair and objective governance system that’s strong enough to make sure those in power don’t abuse it.

Those in power can’t be allowed to run roughshod over anyone more vulnerable for any reason. And the only way to guarantee that is to have a system that won’t let them get away with it.

We are wasting our limited time, money and emotional resources on attorneys who cannot fix what is wrong, and who are, in my view, a big part of the problem.

The Milgram experiment (1961) was designed to test how readily people acquiesce to authority even when it is in conflict with personal conscience. The goal was try to understand why so many “good Germans” just went along with Hitler’s horrific actions.

“Ordinary people are likely to follow orders given by an authority figure, even to the extent of killing an innocent human being.  Obedience to authority is ingrained in us all from the way we are brought up.

People tend to obey orders from other people if they recognize their authority as morally right and/or legally based. “

This Milgram study concluded that people obey authority figures even if it hurts innocent people. This can easily be applied to what happens here in SCA, given that we are all humans.

How could we use this knowledge?

So, to me personally, giving more power or “authority” to a small group of people is not the answer. The answer is having a governance system that will control those who have the power to prevent them from abusing it.

And to have a system that requires the uniform application of the rules to everyone to ensure that ALL owners are protected from any form of abuse, regardless of who is in power.

Stanford Prison experiment (1971) demonstrated how quickly people adapt to their assigned roles. Students randomly assigned to be the guards began acting aggressive and authoritarian and rapidly began feeling justified in being abusive while those randomly assigned to being prisoners took on so much of the fear and agony of prisoners subjected to abuse that the experiments were stopped for ethical considerations.

Today’s Communication workshop and yesterday’s Board meeting yielded some examples of how people conform to their roles, respond to authority, and conform to norms that are placed upon them that I will discuss in a future blog.

Right now, I just want to recommend a book to anyone who would like to explore a little further how we as humans behave irrationally and how we need to have strong social norms and systems in place to protect us from ourselves and the limitations we have from just being human. 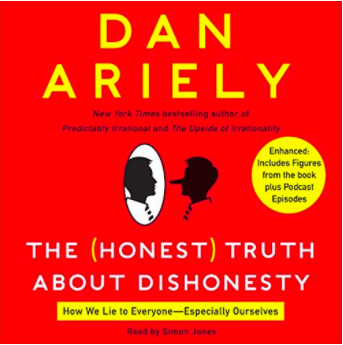 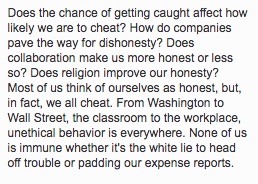 How could this book help SCA leaders grow into their roles?

I think Dan Ariely’s entertaining and informative writings (and other research I will suggest later) could teach us concepts and skills that we could use to help ourselves and to resolve some of our SCA community’s deepest divides.

I love listening to this guy’s books while I’m hiking. He describes about experiments that test and analyze theories about the many ways:

It might encourage those in power to be more open to handling conflict in a more constructive way that might prevent exacerbating problems until court is the only answer.

The price we all pay

Refusing to openly discuss and fairly resolve owners’ concerns “on the advice of counsel” creates a litigious environment in which only the attorneys profit.

The price ALL owners pay is much larger than just the attorney fees. We pay for it with our most valuable resources: peace of mind and sense of belonging and joie de vivre.

6 thoughts on “What’s being human got to do with it?”