Volunteer Tom Nissen led the Board’s latest decision-making process on the restaurant space study. Once again, the highly-compensated GM sat coyly by and let the man who hired her hold center stage.

Remember where we left it. The GM was charged with having a decision by the end of 2017, but instead she chose to hand off leadership to two Board members, Tom Nissen and Forrest Quinn. The three of them had workshops, gave regular retrospectives about what their little triad had done, listened to owners patiently, and then handpicked 10 potential bidders. Coming in to today’s meeting, only two remained in the race – the Village Pub and G2G, the preferred candidate with a leg up.

Now, instead of before the RFP was put out, they decide to define parameters. It is all but guaranteed that the vendor that Tom had met with for a year before nine other vendors were invited to apply is all but a shoe-in.

The Board passed seven of Tom’s eight motions to decide operational restrictions that will be placed on the one of the two providers left standing. 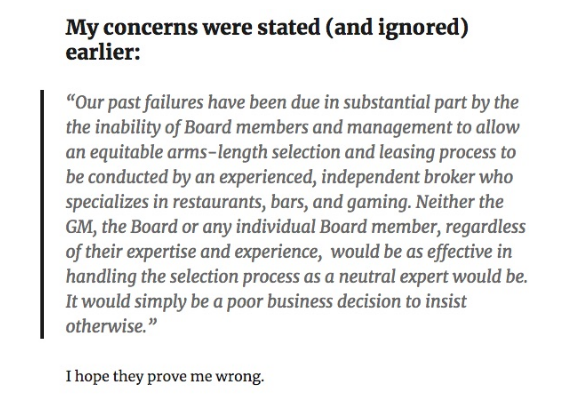 Financial vetting must be rock solid

Several people have over time raised the question of how the financial stability of the chosen one will be vetted. The answer has been vague so there are rumors out there that G2G has been in bankruptcy four times.

So, I checked. The chapter 7 bankruptcy is some other G2G, LLC. –  not our guy, who is G2G Management Group, LLC 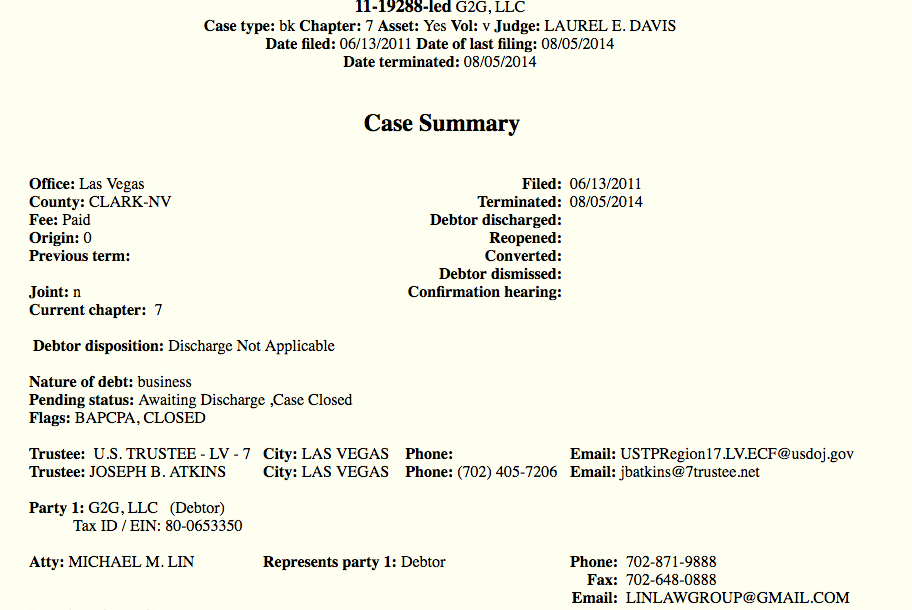 I don’t know anything about this vendor. My objection is to any process that gives one competitor an edge. While I was on the Board, I wasn’t “authorized” to work on the Restaurant Space study, but in response to concerns that the bidder might have dark secrets, I checked. A quick glance tonight at the NV Secretary of State’s website and bankruptcy court public record was sufficient to show that our bidder is none of these problem entities that raised red flags to some owners. 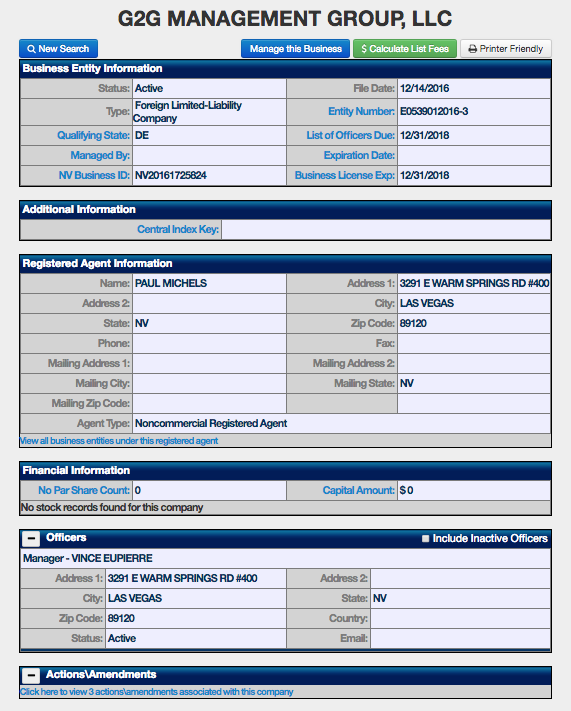 6 thoughts on “SCA Board inched closer to restaurant decision”