Board training is a MUST

NRED Power points are available for anyone to view on the training section of the NRED website. Check them out all out there or though future blogs.

Why be trained by NRED?

Learning from these FREE resources will reduce costly mistakes and transgressions by the current Board. In contrast, the attorney Clarkson trained the 2017 Board into handing over OUR wallets.

Look at this NRED training below that clarifies the Board’s job as the ounce of prevention that will save SCA a pound of excessive legal fees. A well-trained Board is a big – and necessary- step toward bridging the community divide.

Willful ignorance is a failure of duty of care

Here are two essential governance lessons that the 2017 Board REFUSED to learn.

Now, blurred lines allow the GM, the attorney, and individual directors (rather than the whole Board acting officially) to make decisions that ONLY the Board acting as a unit has the legal authority to make.

Requirements for a Board vote to be valid

Skip any of these steps, and no official Board action has been taken

What if the GM says, “the Board decided…”,

but it didn’t follow the rules required for a valid Board decision?

THIS IS A VERY SERIOUS FAILURE TO ACT AS A FIDUCIARY

Here in SCA, these actions the GM took during the recall election diminished the integrity of the removal election process and could have biased the outcome in favor of the Directors who support her.

The modus operandi of malfeasance 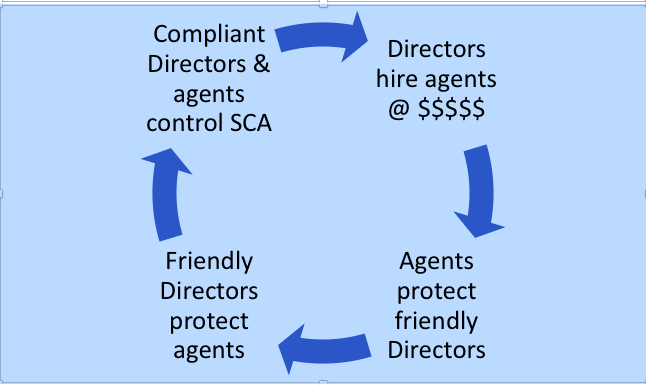 There is no end to this cycle without a properly trained Board.

Click here for the Powerpoint:
Executive Board Responsibilities & Fiduciary Duties 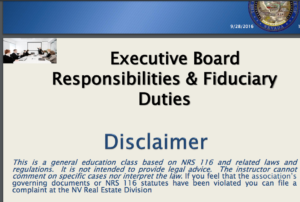 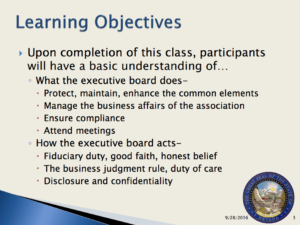 Click here for Powerpoint
Responsibilities of the Community Manager 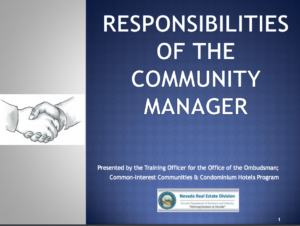 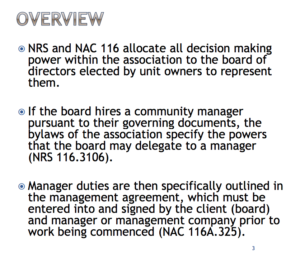 Without training, SCA is doomed to repeat history.

One thought on “If they had only known…Part 2”