Sun City Anthem will only get to be #1 again if we have a Board and GM that are committed to – and capable of – being excellent, and who are not focused on evading detection and accountability for their sins.

The Board brought in an overpaid, autocratic GM who has created or exacerbated problems that are very upsetting to owners.

And the Board did not require that the excessively-compensated GM fix the problems. Instead, the Board brought in a thuggish bully for an attorney who serves as the GM’s hired gun. The GM has ONLY worked well with Board members and owners who support her, and made life miserable for those who don’t.

Bob Burch and Aletta Waterhouse not only allowed this unacceptable conduct to continue, and they are the explicit beneficiaries of it. They allowed the GM and attorney to interfere with the recall election process in order to unfairly prevent voters from booting them out of office.

Bob and Aletta must be removed from the Board because they have been major contributors to the failings of the transition to self-management. The GM is simply not as good as she should be for the money we are paying.

I am critical of the Board and the GM when they are willfully negligent and so resistant to instituting best practices that they veer, no, they careen, to the lower end of the spectrum into being bullies and thugs.

What are voters really deciding?

How have incumbents Bob Burch and Aletta Waterhouse contributed to making Sun City Anthem the best it can be?

Why should they be re-elected?

My point is Bob Burch and Aletta Waterhouse should not be re-elected simply because not everything they did during their first term was illegal.

They should be voted out because they refused to address owners’ complaints about the GM and have no system for keeping her vindictiveness in check.

They should be voted out because instead of fixing problems, they made them worse by letting the GM and the attorney make life miserable for anyone who stood up for the owners.

Not everything that’s wrong is also illegal 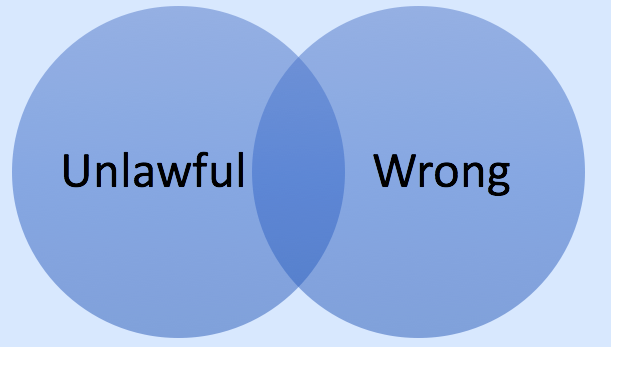 Just because you can, doesn’t mean you should.

This election is about raising our standards and about getting the bullies out.

The decision to be self-managed is not being questioned.
Everyone agrees SCA should have employees instead or contracting with a management company.

The decision to replace SCA’s former managing agent, FSR, is not the issue.
Everyone agrees that FSR needed to be replaced.

The decision to hire this GM at this rate of pay was the trigger.
Not everyone agrees that decision was right or done according to Hoyle.

It’s about the decision to let the GM rule SCA backed by a hired gun.
Close to no one agrees that is good.