Clark County Manager Yolanda King will receive a $5,200 raise to her annual salary.

County commissioners voted unanimously Tuesday to increase King’s pay during their first annual review of her as the county’s top employee. The raise is 2 percent of King’s current $260,000 base salary.

Commissioners conducted the evaluation during a public meeting and lavished King with praise.

Maybe the complete lack of justification for her excessive compensation is why they insist on keeping Sandy Seddon’s performance standards secret. Does anyone know if she was given another bonus this year after 836 residents gave her a failing grade for customer service?

It’s a small wonder that the GM protects the Board incumbents as if her job depended on it.

And a little help for her friends…

Don’t forget that the Board’s refusal to allow appropriate owner oversight of the personnel management and compensation systems under self-management has also allowed her to pay two other managers double what their jobs are valued in this market.

CFO Jim Orlick is paid over $190,000. Compare his compensation  for shock value to the much, much bigger Clark County CFO/Comptroller job which has a pay range that tops out at just under $180,000.

The other SCA job pay that is totally out of line is the Facilities Manager position which was paid $154,000 and who knows what it is going to be in January.

Refusing to allow competent owner oversight of employee compensation is a big failure of the SCA Board’s duty of care.

Clark County is an ocean liner to SCA’s row boat 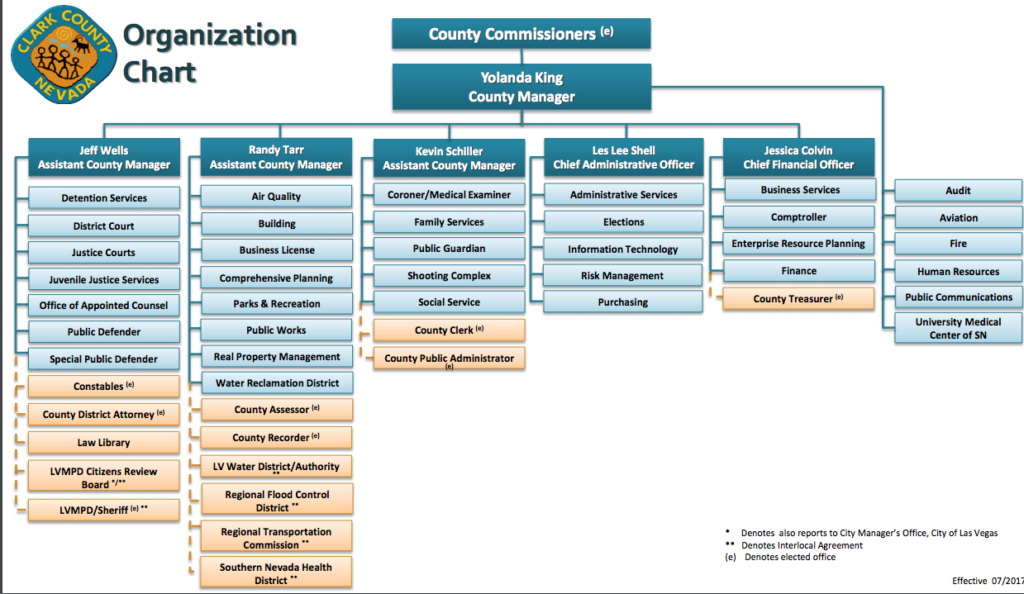 Clark County is committed to providing a high quality of life for its more than 2.2 million residents. That means providing a broad range of regional services countywide, including the nation’s 9th-busiest airport, air quality compliance, social services and the state’s largest public hospital, University Medical Center. The county also provides municipal services that are traditionally provided by cities to almost 952,000 residents in the unincorporated area. Those include fire protection, roads and other public works, parks and recreation, and planning and development.

The County Manager’s Office is responsible for the executive oversight of the nation’s 14th-largest county, which provides regional services to more than 2.1 million residents and 45 million visitors annually and municipal-like services to 954,000 residents in the unincorporated County. The county manager is Yolanda King, who, in her position as the County’s chief executive officer, is charged with carrying out the policies established by the seven-member County Commission.

Jessica Colvin was appointed Chief Financial Officer for Clark County, effective December 2016.  Prior to this appointment, she was Comptroller, a responsibility she currently maintains.  In her dual role as the CFO/Comptroller, Colvin is responsible for administering the County’s $6.2 billion total budget and overseeing the County’s bond program, Risk Management, Budget and Financial Planning, Accounting, Accounts Payable, Central Payroll and Timekeeping, the Automotive Division, Detention Operations and more.